The Phan Foundation is pleased to announce the 2018 Padoh Mahn Sha Young Leader Award, will be awarded to Saw Joseph, a devoted relief worker from Free Burma Rangers (FBR). 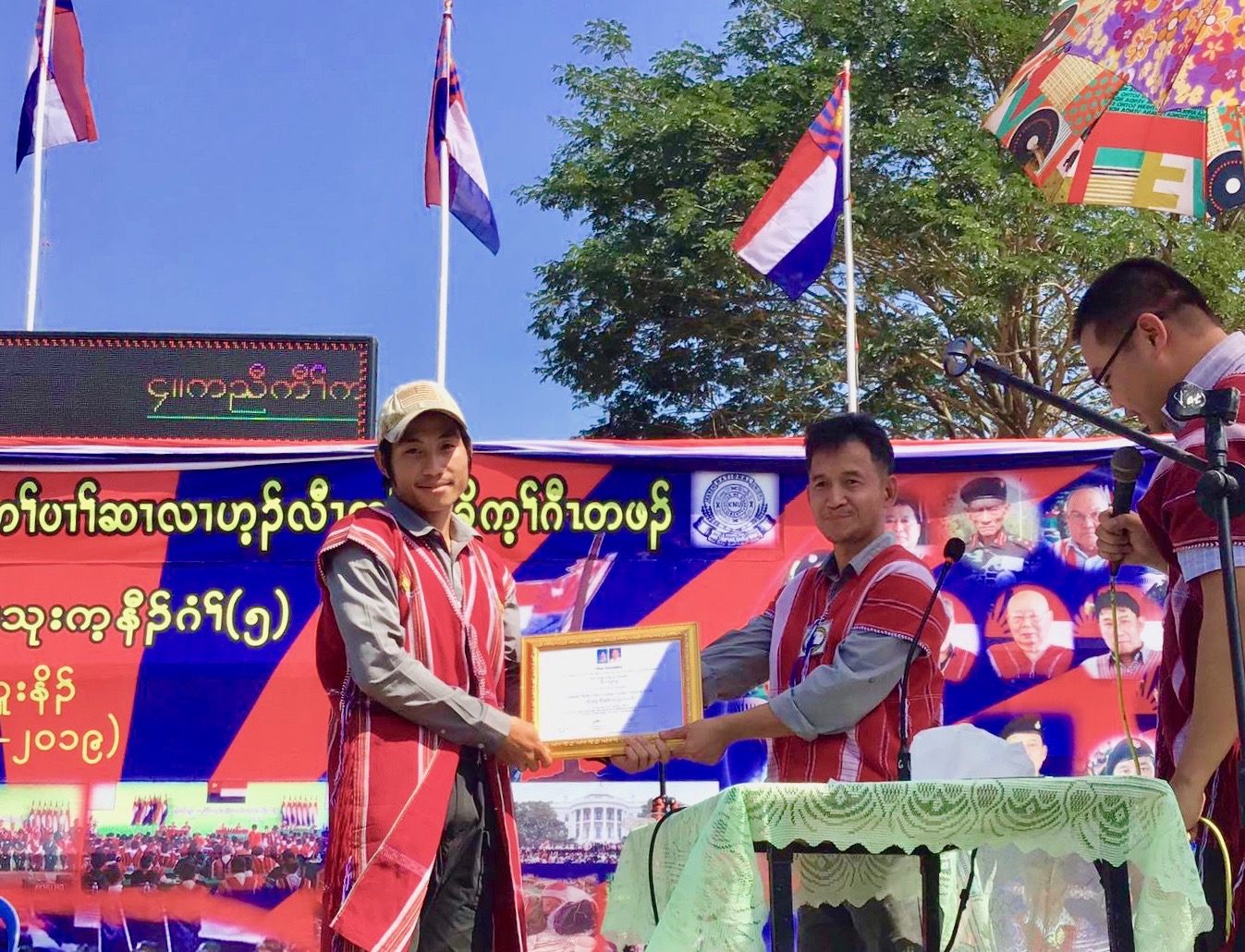 This award is given annually to outstanding young leaders who work hard to help promote the development of their communities. The award comes with a $2,000 grant, to help the winners to continue their community work.

Saw Joseph is one of FBR’s top medics and is a medical leader of the group’s international teams providing relief in Burma, Iraq, Kurdistan and Syria. He was the most outstanding Ranger of his class and was chosen to attend FBR’s medical school, the Jungle School of Medicine Kawthoolei, where he excelled. He graduated as a FBR medic and provided medical care for displaced people in Burma’s Karen State, Shan State and Kachin State. He then attended advanced medic training and upon graduation, he became an instructor and lead trainer for new FBR relief teams.

Saw Joseph continued to serve as a lead medic after trainings and became one of the most skilled health care providers in Karen State. He is willing to do difficult and dangerous jobs without hesitation. In 2015, he was chosen by FBR to lead medical care for people under attack by ISIS in Kurdistan, Northern Iraq. He gave medical training for over 500 Kurdish Peshmerga, treated over 1,000 sick and wounded Kurds and risked his life under ISIS fire to save wounded Kurdish. Recently he helped to provide medical care of displaced people in Syria.

In his letter of nomination, David Eubank, Director of Free Burma Rangers writes, “Joseph’s innovative leadership and quiet professionalism earned him the respect of both FBR staff and students. He improved the quality of the group’s trainings and raised the morale of all the Rangers. He is loved by all he meets and is one of FBR’s best Rangers.”

The award ceremony is taking place at the special celebration of 70th anniversary of Karen Resistance Day in Mutraw, attended by the two sons of Padoh Mahn Sha, Saw Say Say Phan and Slone Phan.

“We are very proud of Saw Joseph, for his amazing humanitarian work with Free Burma Rangers saving many lives not just in Burma, but also internationally. His courage, bravery and commitment give us hope for the future of our people. He is a good role model and example for us all.  Giving Padoh Mahn Sha Young Leader award to outstanding leaders like Saw Joseph is one of the best ways to honour our father and keep his spirit alive through young generations carrying on his dedicated work for the Karen people,” said Slone Phan, Director of Phan Foundation.

The Phan Foundation was set up by the children of Padoh Mahn Sha Lah Phan, following the assassination of Padoh in 2008, in his memory and his wife Nant Kyin Shwe. The Foundation works to alleviate poverty, provide education, promote human rights and protect Karen culture.

You can donate online with your credit or debit card in any currency.

This website uses cookies to improve your experience while you navigate through the website. Out of these, the cookies that are categorized as necessary are stored on your browser as they are essential for the working of basic functionalities of the website. We also use third-party cookies that help us analyze and understand how you use this website. These cookies will be stored in your browser only with your consent. You also have the option to opt-out of these cookies. But opting out of some of these cookies may affect your browsing experience.
Necessary Always Enabled

Any cookies that may not be particularly necessary for the website to function and is used specifically to collect user personal data via analytics, ads, other embedded contents are termed as non-necessary cookies. It is mandatory to procure user consent prior to running these cookies on your website.